The innovation receives the Technological Innovation Award granted by the National Society of Mining, Petroleum and Energy of Peru.

The Malaga-based company Torsa, specialized in the design and production of technological equipment and systems, has implemented an innovative security system, created by the company itself, at the Antamina mine in Peru, affected one of the largest mining operations in the world.

Torsa’s innovation has received the Technological Innovation Award granted by the National Society of Mining, Petroleum and Energy of Peru, in recognition of those innovative products and services they offer for their contribution to strengthening the capabilities of human capital and for the Improvement of competitiveness, productivity, efficiency and safety.

The award has been framed within the activities around the World Mining Fair «Perumín 34», which is held in the Peruvian city of Arequipa and in the Malaga company has had a presence activation with exposure of its technological innovations.

After years of research, Torsa has developed and implemented a high precision proximity alert system for the blades that operate in the open pit mines, which avoids abuses and collisions between the vehicles and machines involved in the extraction and transport.

The system issues alerts to the operators of the blades about the type, position and distance of the different vehicles, machines and even slopes that are around them, in order to avoid accidents in the entire area of machinery risk, eliminate visibility dead spots, reduce possible human errors and increase safety in all driving and maneuvering operations.

To achieve detection, the blades are equipped with high precision technology, based on light and distance parameters, so that the system is able to show the operator different levels of risk on the screen, depending on the existence of an obstacle to Its surroundings, or even show the most optimal loading areas of the blade, as well as the productivity of the operation.

In Antamina, located in the Andes mountain range at 4,500 meters above sea level, the Torsa company has installed its devices in 12 material loading shovels, of the P&H 4100 XPC type, considered the largest in the world, and in 180 trucks, one of the most voluminous in the mining industry, with a capacity for more than 300 tons, and auxiliary vehicles for cleaning, excavation and adaptation of the land. For more than four years, Torsa has been working closely with the mining company Antamina, currently contacting equipment installed in its fleet with more than 140,000 hours of uninterrupted operation.

The president of Torsa, Mariano Barroso, has declared that he is “very satisfied with the award received and the confidence that Antamina deposited for years, but mainly for having taken our technological engineering to one of the largest mines in the world, with a production of more than 430,000 tons per year and more demanding in its protocols and security systems, which is a milestone of great importance both for our company and for the Malaga and Andalusian innovation. ”

Also, Barroso stressed that “the anti-collision system of Torsa not only increases the safety of people and resources in the operations of loading and transporting material in the mine, but also increases their productivity and efficiency , since it is able to analyze if truck loads are carried out at the optimum distance to handle the shortest possible time ”.

All systems developed by Torsa centralize their data in a single software platform, called «Torsa Cloud», in order to provide the key performance indicators necessary to each profile within the mining operation, which makes the system an interface Simple, intuitive and useful, which facilitates the performance of the functions within the operation, as well as the generation of reports and reports for the different areas of the mining company. 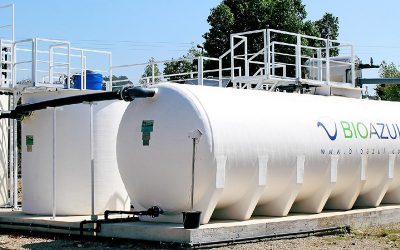 RichWater, technology for the treatment and regeneration of wastewater in agriculture