Smart City Cluster presents the Life+ WineGRover project as an example of innovation in the field of agriculture at the II and III Employment Days held in Alhaurín el Grande (Malaga, Spain)

The event was attended by secondary and high school students from schools and colleges in the area, who had the opportunity to learn about their future job market.

On 30 and 31 March, took place the II and III Employment Days took place in Alhaurín el Grande (Málaga), event co-financed by the European Social Fund (Operational Programme for Employment, Training and Education) and the city council, to which the Smart City Cluster contributed with organisational support. Throughout these days, experts from different fields had the opportunity to make presentations that brought the reality of the labour market closer to students from different schools and institutes in the area in four main markets: green jobs, kilometre 0 jobs, digital jobs and STEAM jobs.

During the event, the Life+ WineGRover project, which aims to reduce the environmental impact related to grape production thanks to the application of Precision Farming Systems, as well as the testing of these technologies in two vineyards, one of them located in Italy (Cottarella Family) and the other in Ronda (Bodega Conrad), was presented to the attendees, among which were students and representatives of different local and regional authorities.

The project was presented as an example of how new technologies can innovate and update traditional tasks, generating new opportunities for qualified green jobs in regions with intensive agricultural activity, such as Andalusia (Spain). 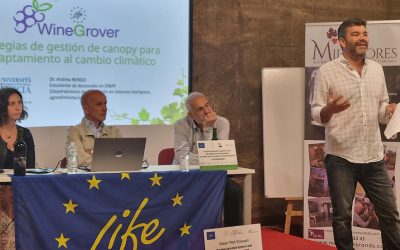 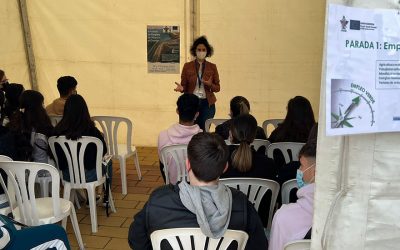 Smart City Cluster presents the Life+ WineGRover project as an example of innovation in the field of agriculture at the II and III Employment Days held in Alhaurín el Grande (Malaga, Spain)